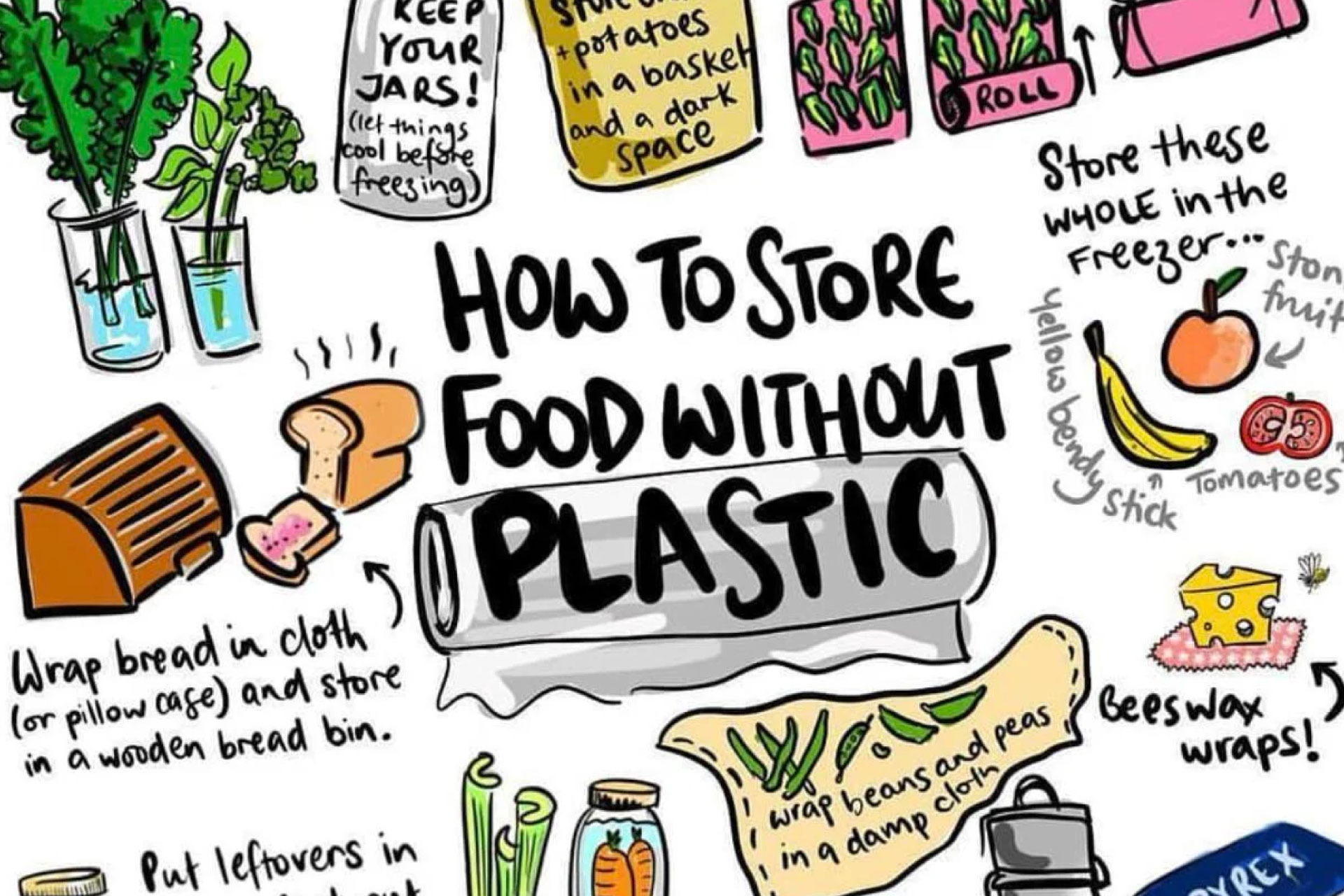 How to store without plastics

This programme is not just about food, but learning to reduce your toxic burden where possible. It’s not expected that you make drastic changes overnight, but when it comes to replacing items, think of less toxic or toxin free replacements 😊. With ideas on skincare there is a pdf book within the website Cleanse page. If you are looking for an app to put on your phone, there is one called cosmily you may wish to explore.

As you have already heard in the short presentation on the website you have access to, we have a huge exposure to toxins from our environment. These are termed EXOTOXINS – substances that come from outside of our body and make their way in.

Over the next few days my “daily” post will be about toxins before the zoom webinar on Wednesday evening with an expert on going Green at Home.

One big concern to ourselves and the world around us is the extensive use of plastics. Whilst some changes are being made, there is a long way to go and much damage that has been done is irreversible.

Just how bad is Bisphenol A (BPA)? FACT: It´s BAD

BPA is an endocrine disruptor so it impacts our hormones and interferes with their function.

Despite damning evidence BPA was only banned in baby bottles. The replacements however, called BPS, BPF, BPE, BPTMC and BPAF are chemical cousins to BPA and known as “REGRETTABLE SUBSTITUTIONS”

Phillippe Grandjean an epidemiologist at the University of Southern Denmark and a professor of environmental health at Harvard states:

BPA and it´s cousins are oestrogen mimicking hormones. They almost resemble true oestrogen so are able to BIND and activate an oestrogen receptor present on most cells. This can increase oestrogen levels in the body and lead to many unpleasant symptoms or dis-ease.

When a chemical is banned only to be replaced with another chemical, it may be just as harmful or potentially worse! AVOIDANCE IS BEST.

Also research, by a team at Toulouse University revealed that BPS persists longer in the body and at much higher concentrations than BPA. The scientists involved in the study said their findings suggest that replacing BPA with BPS will likely lead to ‘increased internal exposure to an endocrine-active compound that would be of concern for human health’.

These BPA, F, S compounds are an oestrogen mimic (found in car exhaust fumes, cigarette smoke, pesticides, PCBs, linings of cans of food and drink etc), sits on oestrogen receptors of the body´s cells and has oestrogenic effects as mentioned in an earlier post (feminising males, causing erectile dysfunction etc). They are also NEUROTOXIC and have also been linked to asthma and heart disease.

Although France has banned plastic packaging containing BPA, the replacement form is still not considered toxic enough to remove from production so BE AWARE! It has not been banned in the UK.

Start thinking about how you store your food. Keep those glass jars and reuse them to store other items.