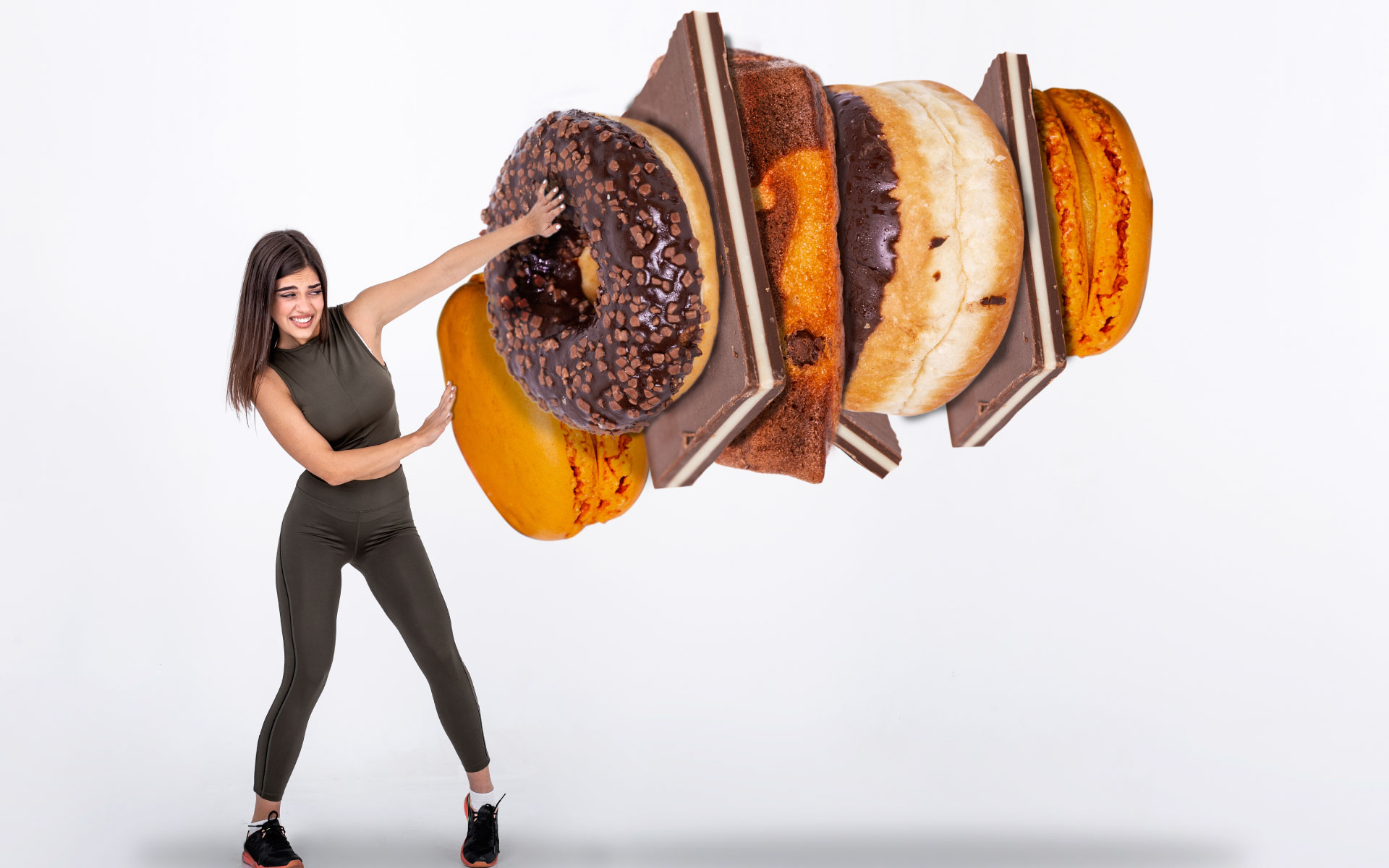 If you´re craving stodgy carbs such as doughy bread or a big bowl of pasta it may be a sign of low tryptophan levels needed for serotonin production – our “happy” brain chemical.  It also plays a crucial role in our sleep and wake cycles as well as digestion and lack of it can lead to low mood and comfort food.

Try to minimise stress as too much means that the production of serotonin from tryptophan is pushed down another pathway to make kynurenic acid instead which is associated with increased risk of depression.

If you crave cake and doughnuts it may be a sign of low dopamine.  The combination of fat and sugars can have a unique effect upon brain chemicals.  When certain fats are added to sugar, dopamine may be released which is associated with pleasure and reward.

A lack of sleep may make you want to reach for sugary snacks or caffeine pick me ups, as a lack of sleep increases the levels of the hormone called ghrelin which triggers appetite.

Unfortunately the worst thing to do is succumb to quick energy fixes which give a short lived boost of energy followed by a sharp dip leaving energy levels even lower than they were before.

To help manage your cravings: